French driver Eric Camilli, engaged in a Citroën C3 Rally2 in the 2021 Monte Carlo Rally, will be the flag bearer for the "Race for Good" team, led by André Villas-Boa, coach of the Olympique de Marseille. The partnership, which brings together Race for Good, Ace Africa and Sports&You, aims to raise public awareness on the humanitarian causes supported by the NGO Ace Africa. 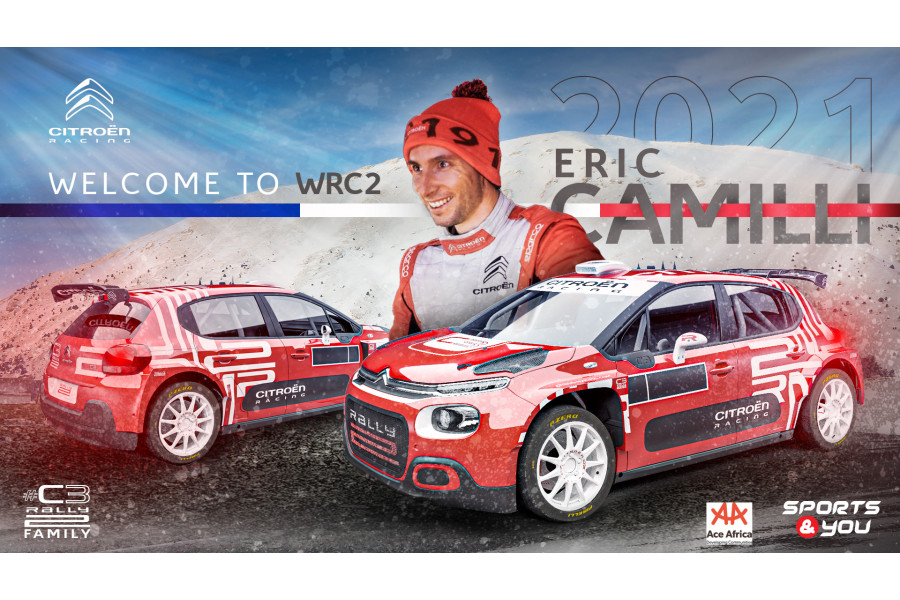 André Villas-Boa, a motorsport enthusiast, chose Monte-Carlo Rally to raise awareness on NGO Ace Africa. In partnership with Sports&You, he is supporting Eric Camilli entry in the rally, which he won in 2020 with a Citroën C3 R5.

The Monte Carlo Rally, the inaugural round of the WRC, is one of the most prestigious events in the World Rally Championship (WRC) calendar. Its reputation has been forged over nearly nine decades, through a series of race reversals that have become legendary. The media exhibition of the rally and Eric Camilli will highlight the works of Ace Africa.

Ace Africa has been running programs in Kenya since 2003 and in Tanzania since 2007. The NGO works in close collaboration with local civil, political and economic communities to improve health, education and economic development. Ace Africa helps people to take control of their future. As a human-sized NGO, its actions have already positively impacted the lives of more than 1,800,000 children and their families.