Mads Ostberg, official driver in the Citroën C3 Rally2, wins the WRC-2 category in Estonia. The Citroën driver set no less than fifteen scratch times in seventeen special stages (SS). He remains unbeaten in the WRC-2 class in 2020 with three wins in as many races contested and the championship leader.

After long months of waiting, the World Rally Championship (WRC) has finally resumed, much to the delight of teams and fans alike. For reasons that are now obvious, the calendar has been reshaped, embarking two new events: the Estonian Rally and the Ypres Rally (in Belgium).

Fourth round of the championship, the Estonia Rally is not a discovery for all teams. In fact, due to its profile, it has long served as a full-scale test for the WRC teams, who came to prepare for Rally Finland and fine-tune their settings. On the program : 233 timed kilometers, very fast stages with relatively wide roads, lots of jumps and engagement from the drivers.

Mads Ostberg and Torstein Eriksen arrived in Estonia as leaders of the WRC-2, after their victories in Monte-Carlo and Sweden. In WRC-3, four crews are engaged in Citroën C3 Rally2, all of them discovering the Estonian roads: Marco Bulacia - Marcelo Der Ohannesian, championship leaders, in the TRT team, Nicolas Ciamin - Yannick Roche in DG Sport, Yohan Rossel - Benoit Fulcrand in PH Sport and the American crew Sean Johnston - Alexander Kihurani in Sainteloc. 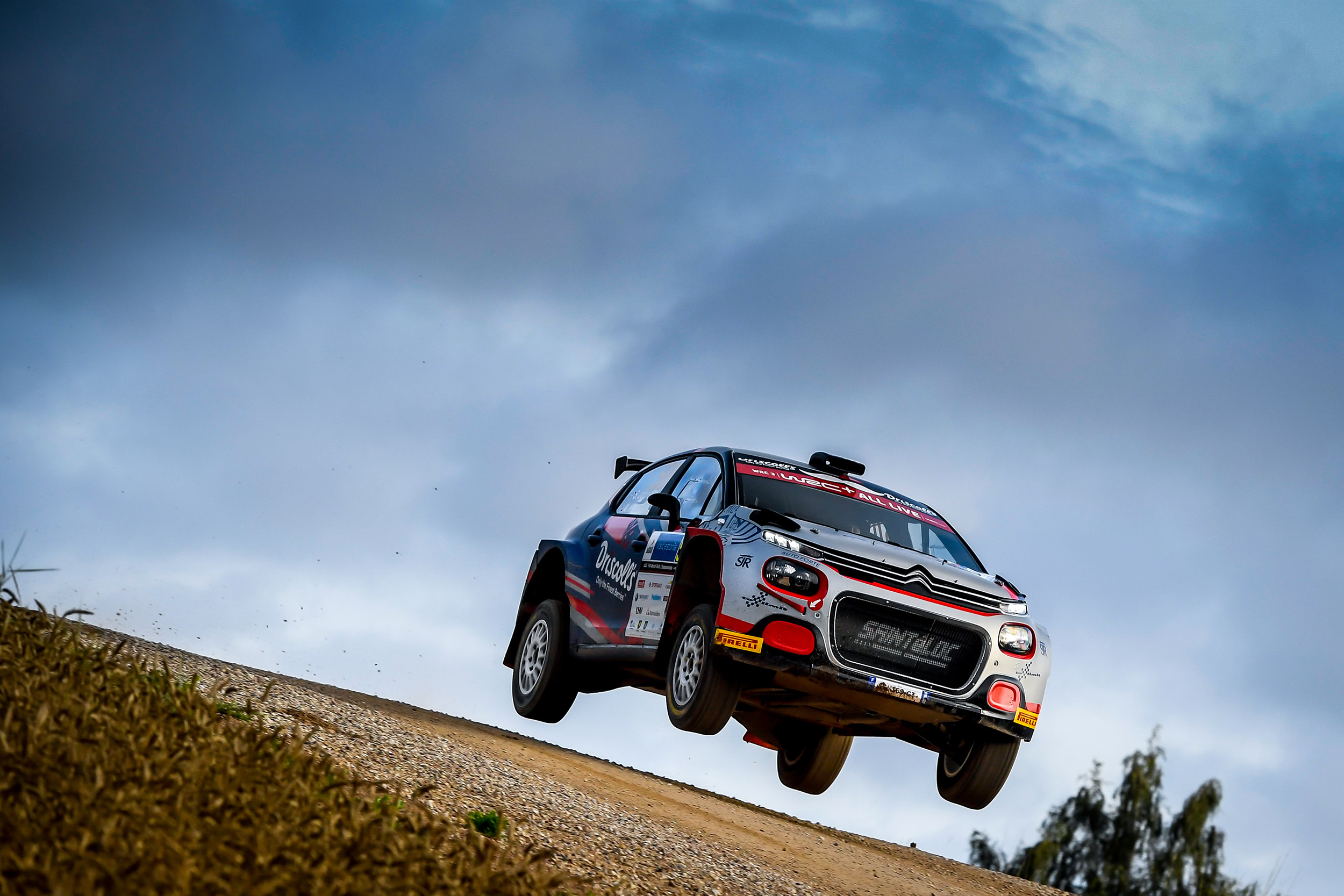 Mads Ostberg, despite suffering a puncture on SS4, finished the first loop of the rally in the lead of the WRC-2, 16s ahead of N.Gryazin (Hyundai I20 R5). The Norwegian crew set a high pace on the second loop which was no match for the competition. They ended up winnng all stages. On the evening of the first day, the Citroën C3 Rally2 driver was in the lead with a 37-second gap over his closest rival. Comfortable on these roads, and completely confident with the car, he maintained a high pace on the second day. At the end of a perfectly controlled rally, where they won 15 of the 17 stages covered, Mads Ostberg and Torstein Eriksen scored their third WRC-2 victory in 2020. This success allowed them to increase their lead in the WRC-2 championship. The Citroën C3 Rally2-Ostberg association appears stronger than ever.

In WRC-3, all the registered drivers were discovering the Estonian roads and their very particular profile. Each driver leaned on the ease of handling, reliability and performance of the Citroën C3 Rally2. Marco Bulacia, a young Bolivian hopeful, is used to driving on gravel, but not on such fast roads by his own admission. After a necessary period of adaptation, the Citroën driver of the TRT team found his rhythm, signing several top 5 while facing experienced competition. He finished fourth in the WRC-3 and is now second in the championship. 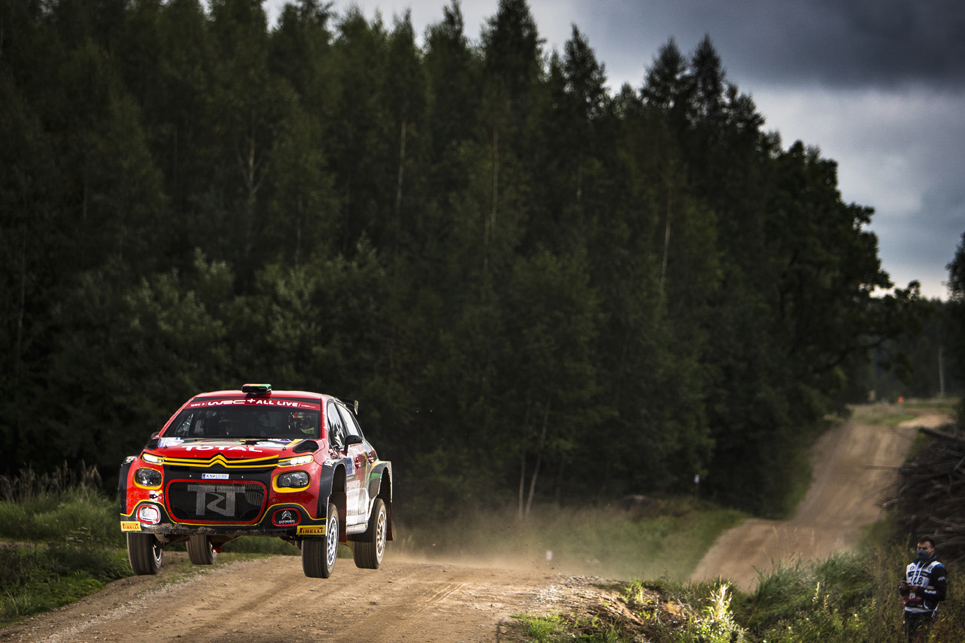 Nicolas Ciamin ended the first day with a fine sixth place in the WRC-3, taking great pleasure on the Estonian stages. The second day, the young French driver took a steady approach and finally finished fifth in WRC-3.

Sean Johnston, the young Californian driver, was able to make the most of his participation in the ERC Liepaja rally. Eleventh after the first day, the North American crew had a remarkable second day and finished eighth in the WRC-3.

Reigning French asphalt rally champion Yohan Rossel continued his learning curve on gravel, while also enjoying his time behind the wheel. He finished the rally in ninth place in the WRC-3. 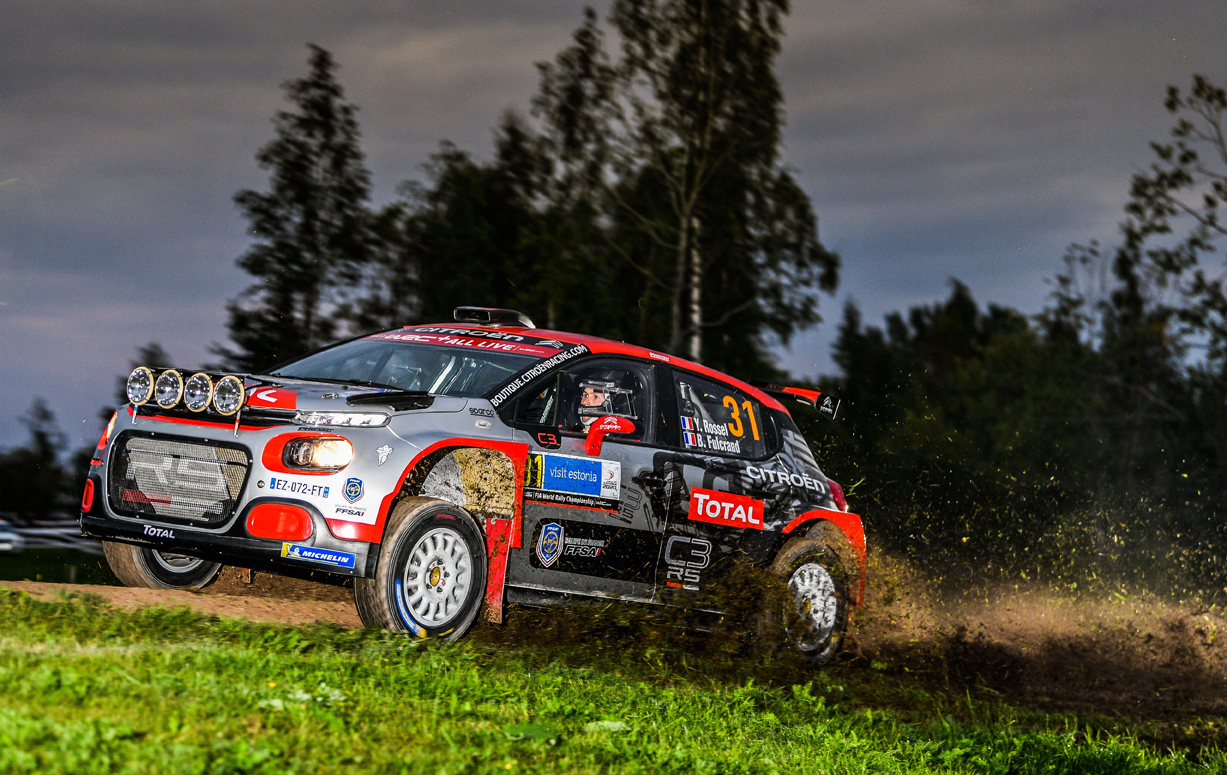 Mads Østberg, winner of the WRC2 in Estonia with the C3 Rally2

“Torstein and I were both very pleased to be back competing in the WRC this weekend in the C3 R5 after this long break. I hadn't raced here for eight years, and the itinerary of the rally was more technical, not quite as fast and with more jumps than I remembered, but there was the same atmosphere! Our in-competition test at Rally Liepaja in Latvia helped us to prepare for the fast roads in Estonia and we also used the event to keep working on the development of the car. All of that meant we had a very fast C3 R5 this weekend and were able to win the WRC2 class. We have therefore extended our lead in the standings ahead of the rest of the season.”

Marco Bulacia, fourth in the WRC3 with the C3 Rally2

“It was a super feeling to be back behind the wheel of a real C3 R5, after long months spent competing in virtual races. I'm pleased with my rally insofar as everything was completely new for me. I had never competed in such a fast event. I think it was probably even faster than Rally Finland. We needed time to adapt, both in terms of the pace notes and my driving. We are now second in the WRC3 and are going to keep fighting to maintain our position, or perhaps even move up the standings.”