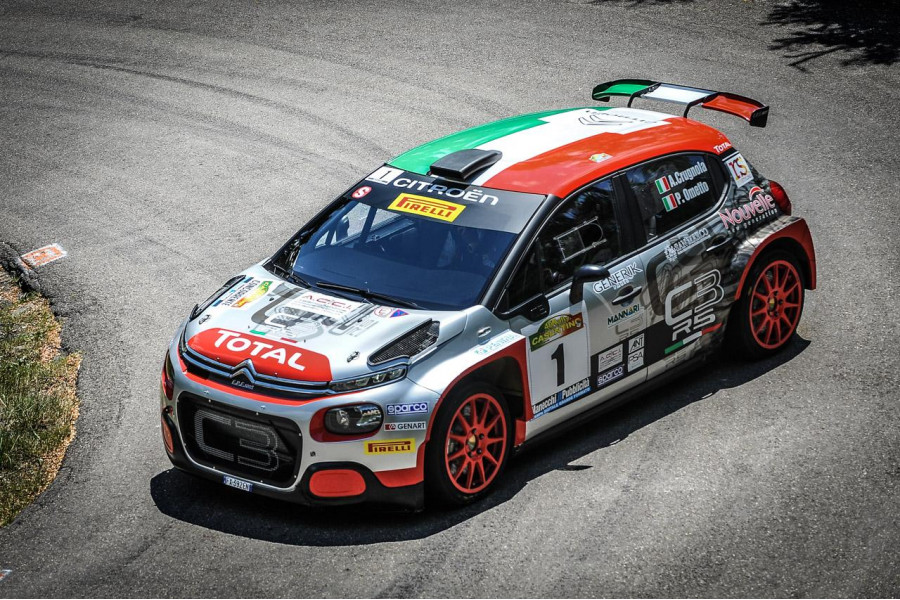 The International Rally del Casentino is a traditional warm-up for Rally di Roma Capitale (24-26 July 2020), which will act the start of European and Italian rally championships.

For his first appearence in C3 R5, Andrea Crugnola wins six out of seven stages and sweeps victory with more than 20s. et rentre vainqueur avec plus de vingt secondes d'avance. A promising performance for the italian championship !

"Competition was fierce, I tried to drive at my pace and work for the Rally di Roma Capitale. We worked on the car, using settings that were perhaps not the fastest ones but we did some choices to prepare ourselves for the forthcoming season...

It’s definitely a good start with the Citroën C3, I like it a lot and it suits my driving style. We still have some margin but in my opinion the car has a great potential."

"We came here for some tests before Rally di Roma Capitale. Casentino is representative of Roma roads, with sinuous roads, lots of turns. We have been able to test different settings.

The car has performed very well, Andrea won almost every stage of the rally, without any technical issue.

We will validate set-ups with a new test at RallyLana this week-end, before going to Roma Capitale."