Marquito Bulacia, the 19 years old bolivian driver, impressed for his first ever rally with a Citroën C3 R5 in the World Rally Championship. During the 2020 Rally Mexico, first rally of his WRC campaign with Tagai Racing Technology, he comfortably won the WRC-3 category. 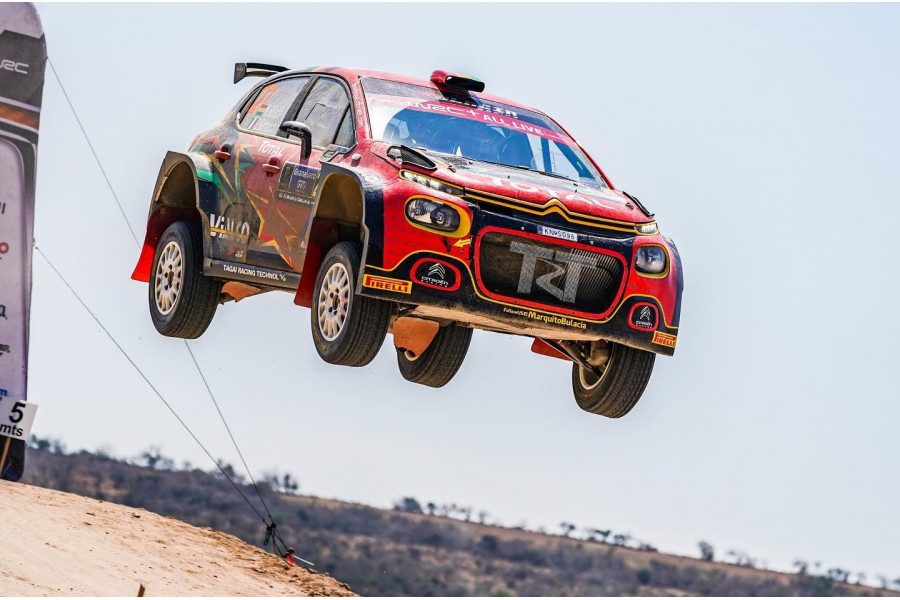 Rally Mexico, held from the 12th to the 15th of March 2020, is the third round of WRC and the first on gravel.

Special stages, often run in dry and hot conditions, are hard on bodies and cars, especially when temperatures rise above 30°C. Roadbook alternates between fast or narrow and technical sections, with a lot of elevation. The highest point of the rally, which is above 2,600 meters in El Chocolate stage, calls for adjustments, of engine maps among others, in order to minimise loss of power as drivers climb through the mountains.

Citroën Racing technical support, on site or in France, have worked relentlessly during the week to find settings that would deliver optimum performances in such exceptional conditions.

In total confidence with the car, Marquito Bulacia takes the lead in WRC-3 in stage 4 with a comfortable gap. The bolovian driver will manage this lead, though showing good speed and winning 10 stages out of 20 in WRC-3 category. He wins his first WRC-3 rally for his first outting with Citroën C3 R5. This is the second WRC-3 victory for C3 R5 this season, after Eric Camilli success in Rally Monte-Carlo.